Once my “zero-th” draft of my book was done, I started the editing process by running “sweeps” through the document.  Each sweep has a specific purpose, and is designed to check for specific problems.  By focusing on one issue at a time, my fried brain doesn’t get distracted and miss things.

At least, that’s the theory.  In practice, it ends up being a bit more haphazard.

My first sweep on Zorya was a basic read-through of the story for large-scale screwups.  That’s because this is the first time I’ve ever actually read the whole thing from start to finish.

When you’ve written something over a year’s time, a lot of what you wrote at the beginning might get overlooked when you write the end.  Did I set up a Chekov’s Gun and leave it on the shelf?  Did a character change drastically part way through?  Did any characters that were important at the beginning disappear?  Did any appear out of nowhere?  Why the hell is this scene in there?  Just how many different ways can I spell that guy’s name?  Yikes!  Is that a plot hole?  Good Lord, what was I thinking here?  Say, this part really drags, doesn’t it?

This was where I made sure things flowed correctly from one thing to the next.  Where running gags were tuned, themes polished, and character development checked.  It’s where I pinned everything to the wall, stepped back, and saw if the storyboard still worked.

I picked up a few other loose threads along the way, like spelling errors I spotted as I read (my formal spell check came later).  I also typically write dialogue without quotation marks at the beginning, so I don’t interrupt my train of thought.  When I finish a scene, I go back and add the quote marks and other punctuation, but I often miss a few.  I caught those on this sweep, too.

The next sweep, using text search, was to catch something I had problems with in this particular book:  my story’s character is nocturnal, and it was real easy to forget that.  I needed to make sure day was day and night was night, and I hadn’t flipped it around.  I wasn’t too surprised to find quite a few of these mistakes.  Things like “afternoon” sneaking in there.

I ran another couple of sweeps to check for certain words and writing idiosyncracies I tend to overuse.  I have way too many of these.

Then came the spell-check.  This is enormously tedious.  Microsoft Word’s spell checker is okay, but the grammar checker is quite stuffy about sentence structure, and not very reliable either.  Most of the time I ignore the grammar function, but I have to run it through just in case it catches something important.

Finally, I had to carve the book up into chapters.  I don’t write in chapters, but people expect them, so I had to find the right spots to put the breaks.  This actually went a lot easier than I expect.  Luck, mostly.  I had to think up titles for them, too.  Then I tweaked the new chapter ends to add a bit of cliff-hanging “snap” where necessary.

I printed it out today on my nice little duplex printer, and had it spiral bound at the office store for about eight bucks.  Much cheaper than having them do the double-sided printing for me.  I just presented the first draft to my best beta reader:  my wife.

Hope she likes it. 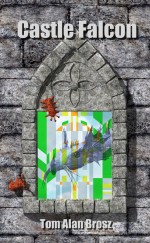 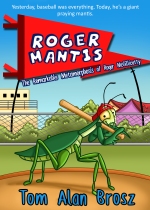 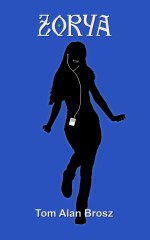